I’m going to put the most important words in this post out there at the beginning: pizza flight. That’s right – Paulie Gee’s in the Short North is dishing up the best flight you never knew you needed, in the form of 3 mini pizzas. The owner, T.J., is an OSU grad with a passion for pie. He knew that our capital city would be a great fit for the renowned NYC eatery, and convinced the Paulie of Paulie Gee’s to franchise here. There is no bland corporate feeling in the restaurant though. The reclaimed barn wood walls and framed photographs of Cbus keep things local; even the pizza flight boards are crafted by Columbus purveyors.

To start, a must-order item is the Brisket Marmalade. This concoction begins with Ray Ray’s Hog Pit BBQ mixed into a sweet tomato base, piled high and served with Laughlin’s Bakery crostini and microgreens. You can also find the local meat king’s brisket on the Hog Pit Brisket Pizza, BBQ pie plus pickled red onion and mozzarella. Wash it all down with a Columbus by Way of Brooklyn, an OYO Rye sipper made with luxardo liqueur and hopped grapefruit bitters. 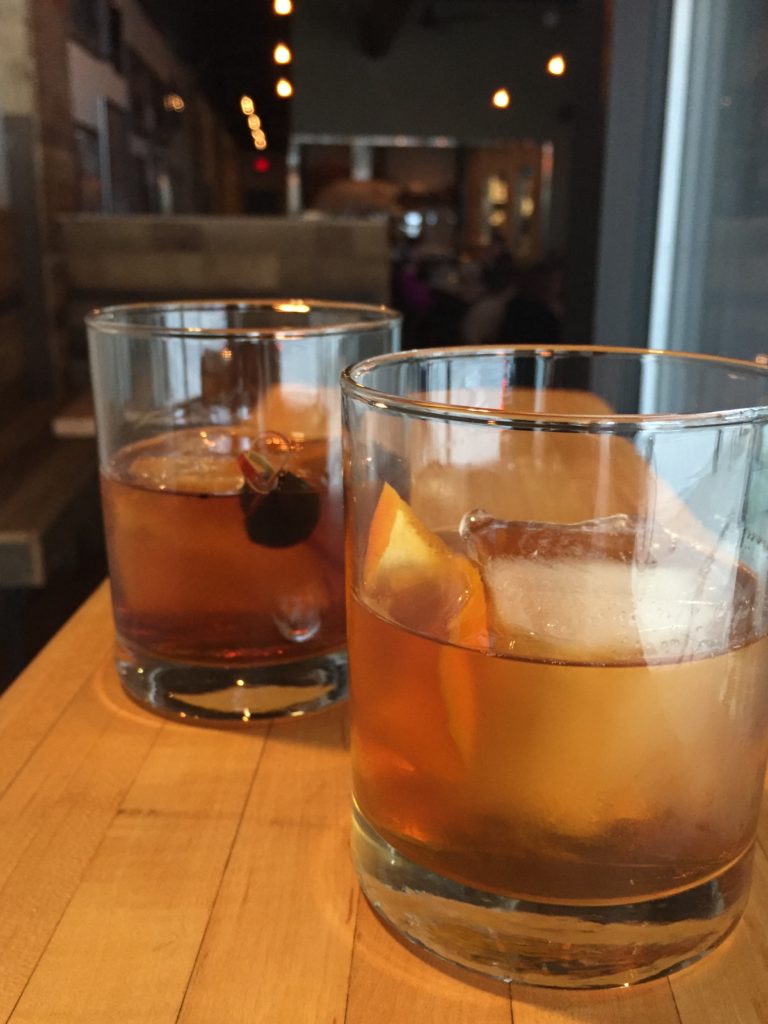 But let’s get to the pizza. Don’t miss checking out the staff tossing dough and shoveling it into the cavernous brick oven that cooks each pizza in less than 2 minutes. Opt for the flight to maximize your tasting options; if you bring a friend, this means you can sample 6 pizzas and have plenty for lunch the next day. Even then, it is still so hard to choose a favorite. The divine Cherry Jones (Gorgonzola, prosciutto, dried cherries and more) and the sweet and salty Monte Cristo (Canadian bacon, gouda, and maple syrup) have captured my heart. But I can’t forget the Katzingers Deli-inspired pie, consisting of Swiss, pastrami, sauerkraut, and a Russian dressing drizzle. And then of course, there is the Hellboy, its dough spilling over with tomatoes, parm, mozz, hot sopressata, and spicy honey. It indulges my Mike’s Hot Honey obsession completely, a love first cultivated by Kittie’s Cakes. Finally, I especially love that so many of the pizzas are crowned with a dollop of ricotta. Why aren’t more pizzerias swirling on ricotta? Even vegans can get in on the ricotta action – the Red, White, and Greenpeace Pizza has a cashew milk version. 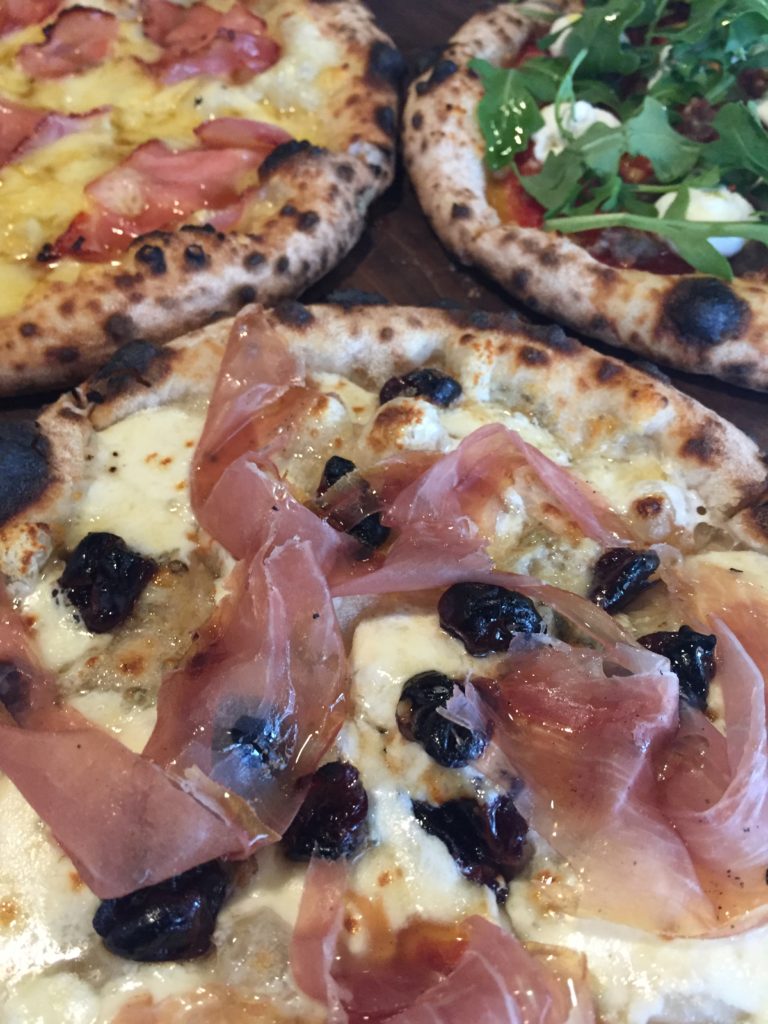 If you’ve ever questioned whether it’s worth it to go to the Short North for pizza, the answer is an unequivocal yes.

Culinary Clue: Speaking of the Short North, parking can be atrocious. But Paulie Gee’s has its own lot at Wall and 5th Streets during most hours. Look for the sandwich sign with Paulie Gee’s logo on it.

Disclosure: The Columbus Food Bloggers group and I received a free Paulie Gee’s smorgasbord; however, all opinions in this review are my own.