I went to college at Otterbein University in Westerville, and I’ve always loved exploring the shops in the “uptown” city center. But when I was a student there, Westerville was still dry, meaning no fun restaurants like Uptown Deli and its sister brewery, Temperance Row. But that hasn’t stopped me from coming back to visit now that things have changed! A nod to the town’s past as the “Temperance Capital of the World,” the cheeky name of the brewery is just one of the things I love about this unassuming joint. The interior is designed around a Prohibition theme, with lots of 1920’s era photographs and dark wood. They also have a sizeable private patio, which is a bonus in any urban area.

When it comes to brewing operations, I like that you can see into the tank and production zone. Many of the beers are named after key figures from Prohibition (which my inner history nerd always loves) and they give a little blurb on the menu about that person. Take for example, Hatchetation Pale Ale – its moniker is derived from Carrie Nation, who wielded a hatchet, which she used to destroy the furnishings inside suspected saloons. Temperance Row boasts a decent selection of beers for a smaller space which is not as focused on distribution, unlike many of its Columbus counterparts. Get a flight so you can sample them all, ranging from a stout on nitro to Scofflaw Scottish Ale and Corbin’s Revenge IPA.

The Uptown Deli portion of this business is no slouch either. I always enjoy the local Blue Jacket Dairy cheese curds, which aren’t overly-battered like some pubs tend to do, and come with plenty of Cajun Ranch for dunking. But my favorite thing on the menu is one of the simplest apps: potato chips sprinkled with spices and Parmesan and dished up with the most heavenly sour cream onion dip. I NEED this recipe. You can also get a side of the dip for the optional chips with your sandwich, something I always do because I want ridiculous amounts of onion dip, apparently. There are more starters, such as black bean hummus, calamari, and cheddar beer fondue for the non-onion obsessed, as well as soups, salads, and charcuterie boards. 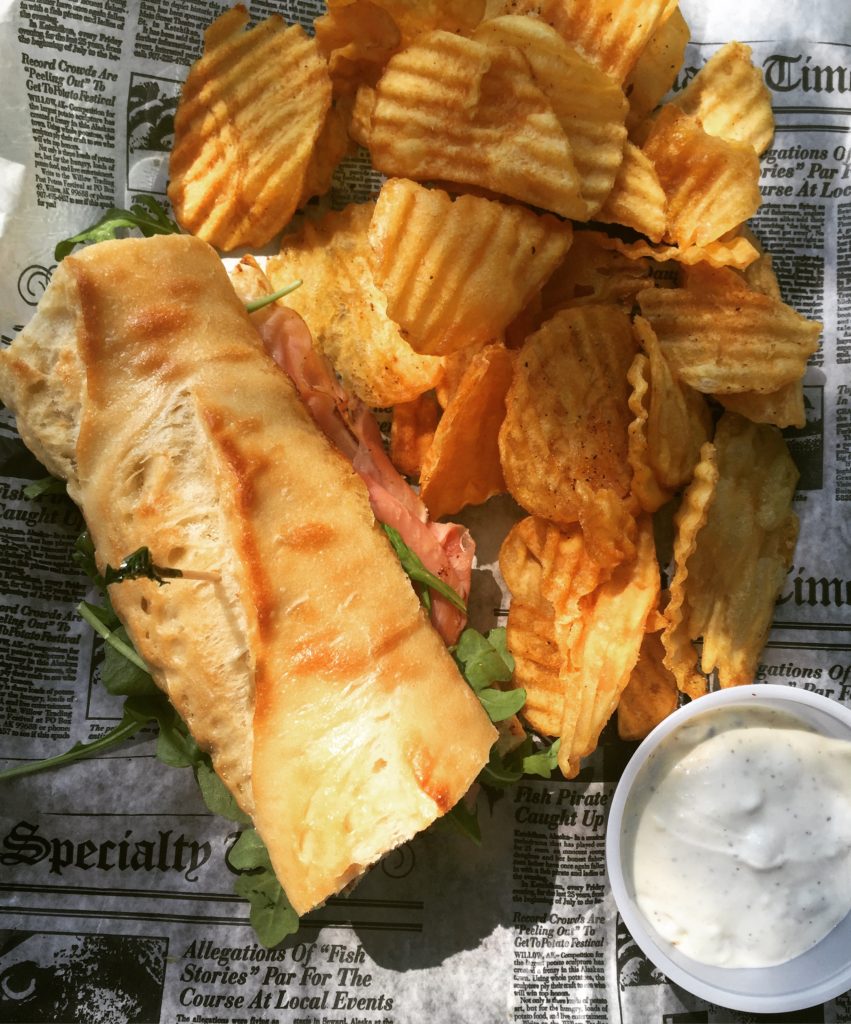 The entrees here are all sandwiches, but that doesn’t mean low-quality. The Figaboudit, consisting of grilled ciabatta, prosciutto, fig jam, goat cheese, and arugula is a good option, or try the classic Reuben, roast beef, or pastrami varieties. I have a soft spot for Brie between bread, so I like the Frenchy too: prosciutto, brie, grilled apple, arugula, and spicy Dijon on a baguette. In addition to selling sammies, the deli also has quality meats, cheeses, and snacks available in bulk so you can take them home!

Culinary Clue: Westerville has a ton of restaurants in the uptown area, many of them brand new due to the change in liquor laws. Stop in Asterisk Supper Club or Meza Wine Shop for some divine fare in a great atmosphere!