I wrote recently about how much I enjoyed my first Columbus Food Adventures tour, eating my way around downtown Worthington. So when Columbus Brew Adventures invited me to tag along on their Crafts and Drafts tour, I was raring to go. Even more so once I read the itinerary for this Craft and Draft tour: Wolf’s Ridge Brewing, Mad Moon Craft Cider, Brothers Drake Mead, and Watershed Distillery. This means tastes of beer, mead, cider, and liquor all in one day! As I’m a equal opportunity drinker, how could I not be excited about that level of variety?

First, let’s talk about the logistics. We met up with our group of 11 at Wolf’s Ridge and were driven around in a CBA van to the various locations. Jim Ellison, founder of the CMH Gourmand blog and co-owner of Columbus Brew Adventures, served as both our driver and our guide, and offered plenty of nuggets of insight on the way. He also packed up our appetizers for snacking on the road and had a fabulous sense of humor, both additions that made the tour even more enjoyable! 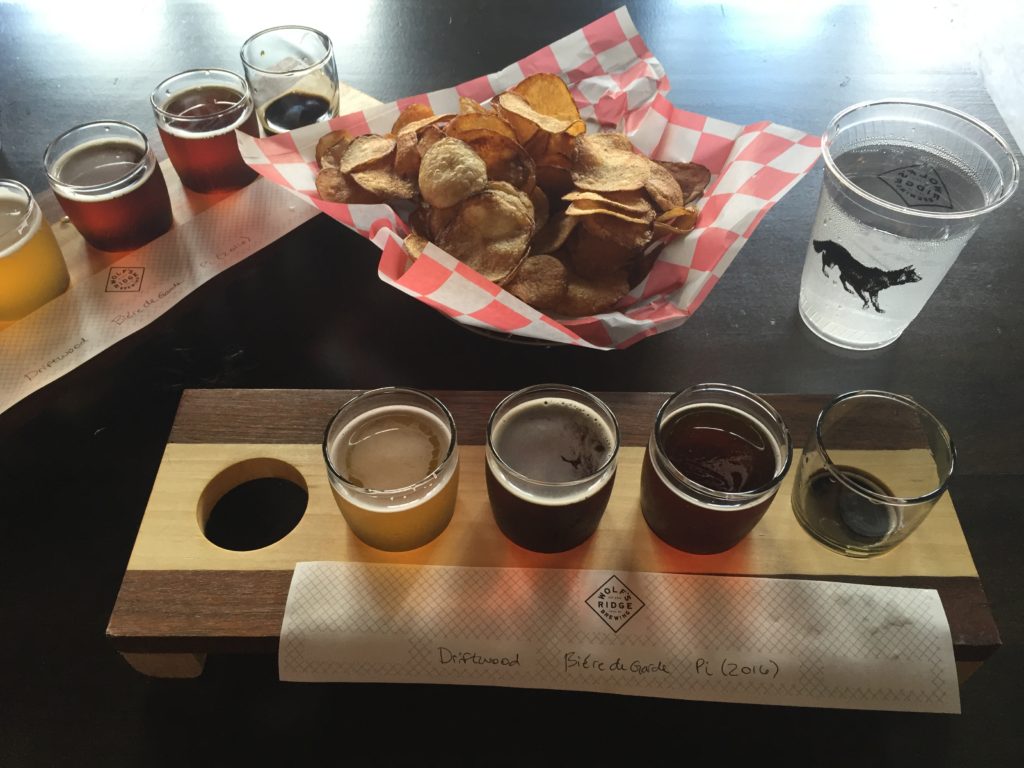 At Wolf’s Ridge, we received two of their signature munchies, potato chips and pork rinds. Having a base layer in your stomach was important, I later learned, because they weren’t shy with samples! We sipped on 4 different beers, including Pi, WRB’s smoked pumpkin brew, and a spice-infused imperial stout. Next, we strolled downstairs for a behind the scenes look at the bottling area and some of the experimental brews. I was pleasantly surprised to find that Wolf’s Ridge is working on creating some sour beers, that should be ready to roll out in a few months – woohoo!

Next stop was Mad Moon Craft Cider, which was a totally different experience since they are still in the beginning stages of expansion. I’d tried Mad Moon’s Unglued caramel apple cider before, but quickly fell in love with owner Sally Moon’s tea and cranberry styles as well. Fall sangria with cranberry cider? I can see it now! Our group learned how hard it is to press apples into juice, in addition to being constrained by local apple demand, and subsequently I have a whole new respect for anyone who produces cider. 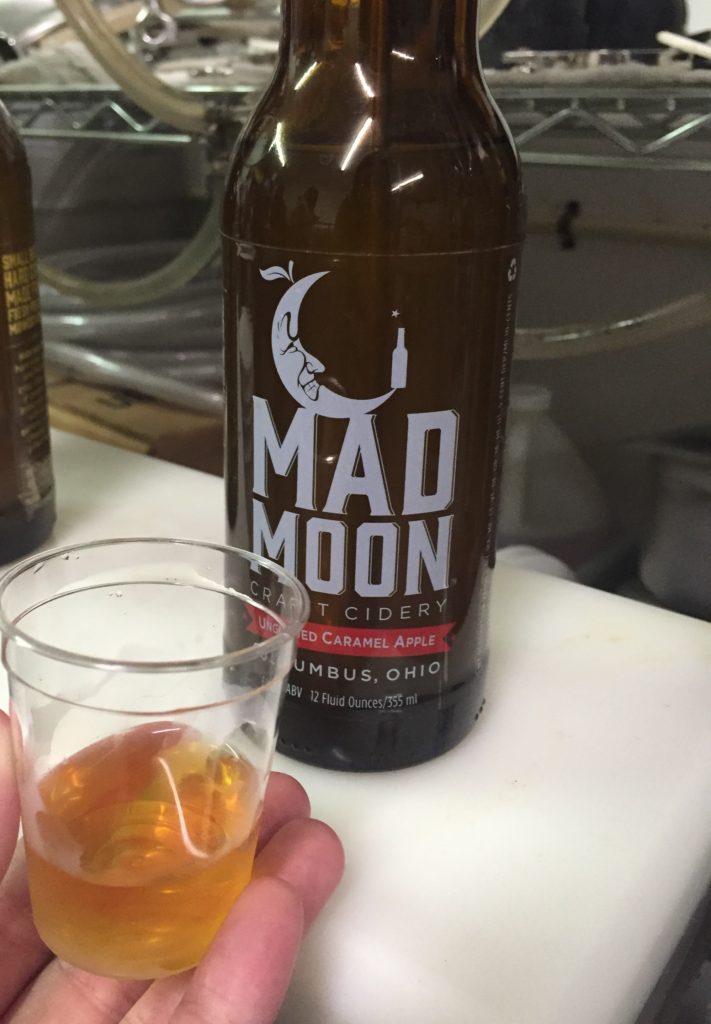 We zipped over to Brothers Drake next, where due to a change in plans Jim gave us a brief tour of the mead-making area. Did you know mead is the world’s oldest spirit? I’d taken the Brothers Drake tour before, but I’m always glad to glad to sample the honey they use, as well as taste some seasonal varieties I hadn’t been able to get my hands on previously. I’m looking at you, Bourbon Apple Pie mead. 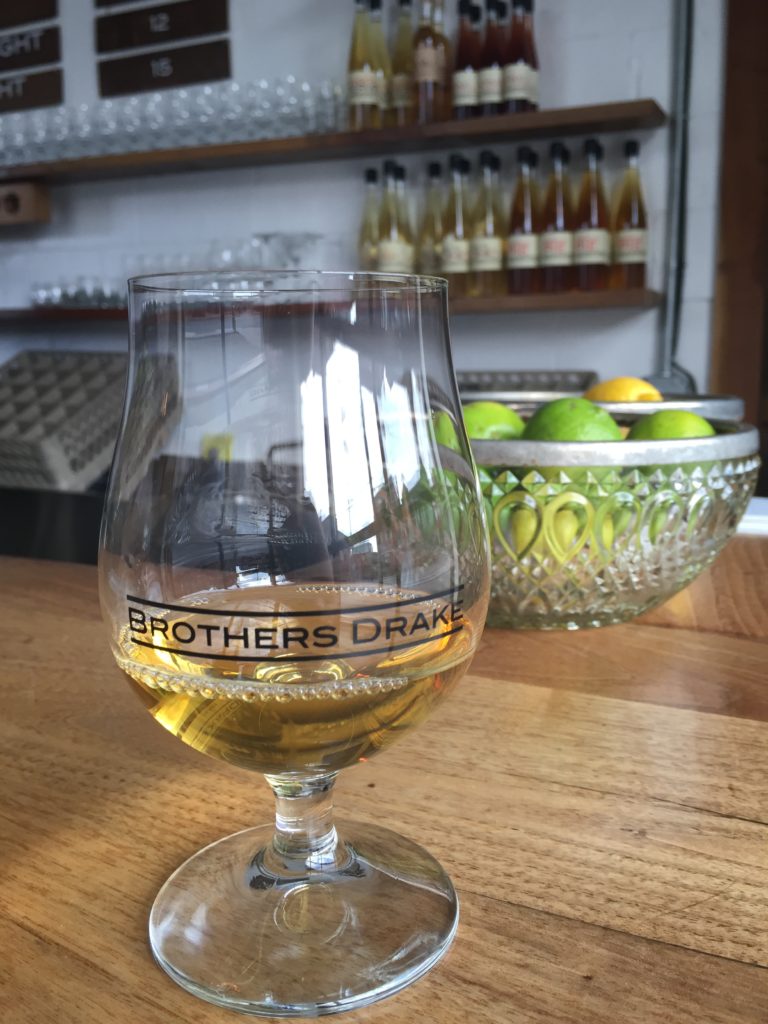 Watershed Distillery was supposed to be our final stop, but more on this later. Here, we got a quick overview of the liquor’s creation and its history. As a bourbon-lover, the Old Fashioned mix that Watershed churns out is heaven on Earth, and the bourbon barrel-aged gin could actually make me a gin convert. We also discovered that Watershed will be opening a restaurant as part of the distillery due to a recent change in Ohio law; this is exciting news in my book! With enough time remaining, Jim dropped us off at North High Brewing to pop in for a quick taster of a beer of our choosing. A mere 4.5 hours later, in much happier moods than when we started our days, we were delivered back to Wolf’s Ridge to conclude our afternoon. 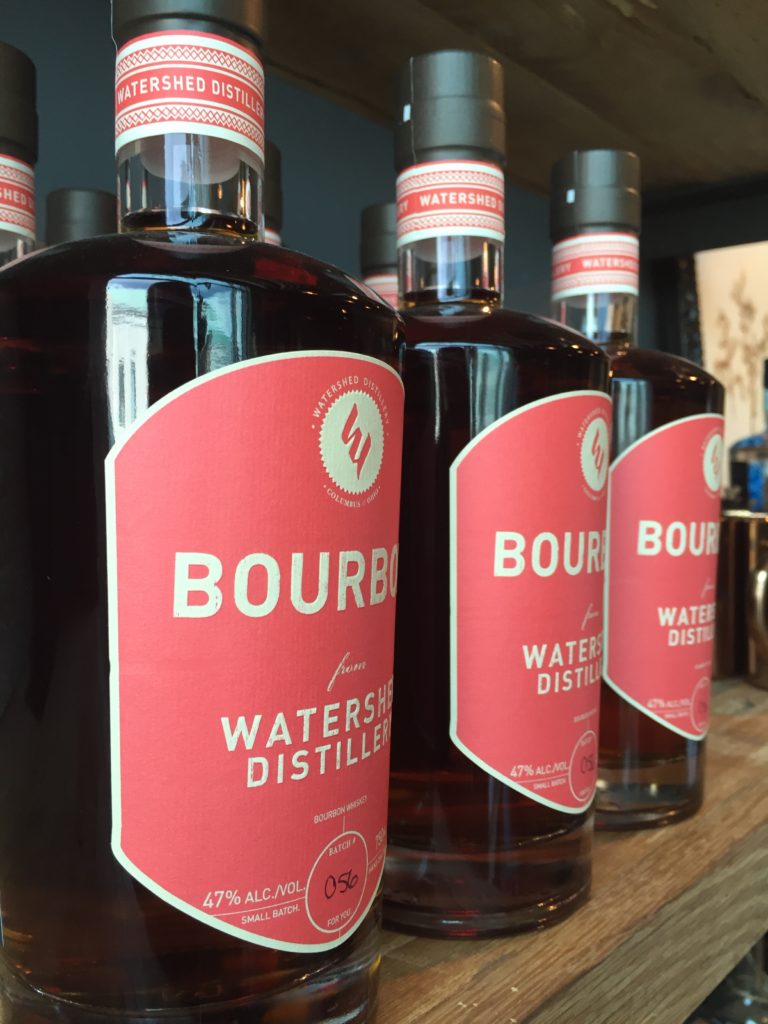 Taking this tour brought me to some of my favorite alcohol-laden spots in town, and helped me discover some new treats as well. I even learned some secret new tidbits at many of the locations, before the general public! There are plenty of other CBA options for boozy tours in the capital city if this itinerary doesn’t appeal to you. I’ve got to check out the Pitchers and Pizza one that hits up Hounddog’s Pizza (hello craft beer and Smokin’ Joe’s crust) but the Granville/Buckeye Lake beer tour sounds intriguing too. To learn more about the Craft and Draft tour and other Columbus Brew Adventures offerings, click here. PSA: A gift certificate to one of these tours would make a great gift for the adult-beverage lover in your life.

If you’ve taken a Columbus Brew Adventures Tour before, send me a tweet about the tour I should book next!

Disclosure: I was invited on the Columbus Brew Adventures tour. All opinions expressed herein are my own.